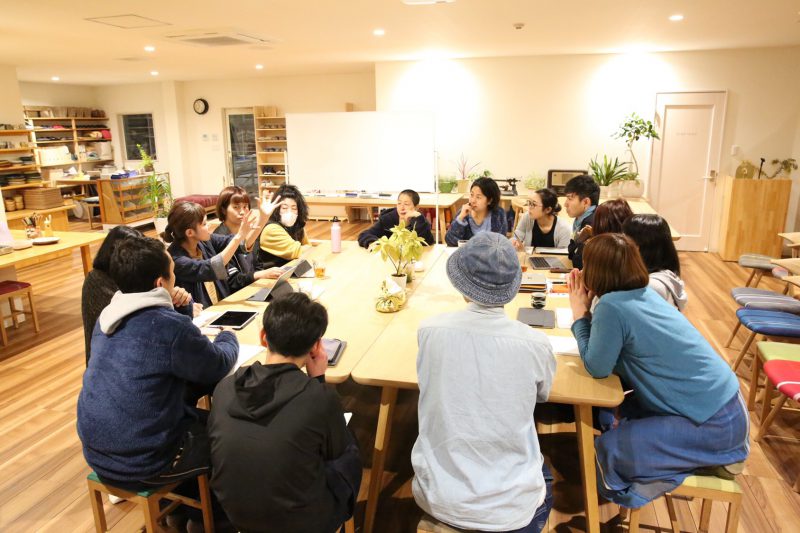 My family runs a boutique in Katsuyama, Fukui. They brought me along when they went to wholesale stores in Osaka. Tamaki, who was looking forward to finding her favourite clothes, soon became tired of ready-made garments. From early childhood, she began her journey into the world of creation.
As a child, Tamaki grew up listening to the words spoken by her grandmother. She explained her expertise in the boutique business as a founder and how she observed her parents as they worked. This was how Tamaki was educated in management and business.

‘tamaki niime,’ the brand she launched has been growing day by day, and the number of employees has been steadily increased. She has been studying management and human resource development. As president of the company, she discusses her views on learning, conceptualizing, and taking action.

A Childhood bursting with Knowledge

My father was a 2nd-generation heir of a boutique, the Kanazawa shop, which opened the same year as my birth. Daycares would not accept children younger than the age of one. Also, it was a private business; my mother could not take parental leave. Because my mother needed to breastfeed, she took me with her and kept me in the shopping basket. I was sleeping in it while my parents were working. Customers were watching and comforting me. My parents’ boutique was in a large-scale shopping centre. It was a very bright and lively space and was never dark. As I slept there when I was a baby, I still cannot sleep in the dark. (laugh) Because I grew up in that kind of environment, it must have been unavoidable to choose this path.

My grandfather and grandmother were the founders of the boutique. It was my grandmother who managed the shop. She liked new things and was eager to take new challenges and had good instincts as a merchant. When I was born, my father and mother were already running the boutique, and grandpa and grandma stayed at home to take care of me. So, I was always with my grandma. I was not thinking deep at that time, but as I think back, I believe my grandma was alluding to ideas from time to time as I grew up and was wondering about my future.

My father was very busy at work and was not around much when I was young. Not only was he busy, but he was not the type of person to teach anyone voluntarily. Therefore, I think I mostly grew up just listening to my grandma’s words. I feel that the routes of my current personal formation were influenced by the phrases grandma gave me. As an example, “Do not make trouble to others”, “If you are a merchant, keep smiling and do not show a fussy face”, or “Say hello respectfully”. I remember she told me them all the time.

As a child, I grew up observing the environment of a family-owned business. As an example, “If I do it, I would do this way,” I saw a lot of information from various perspectives. I learned about customer relations, promotional advertisements for customers retention, and newspaper inserts. I was helping to insert direct mail into envelopes since elementary school, so I learned how to retain our customers. Or I learned about what kind of approaches that would help please the customer with their purchases.

It was those basics, not what I absorbed from college, that I absorbed through observation, I think. My father expanded the business to Kanazawa, which was more urban than Fukui. Because there are more people, he targeted there to increase sales. He seemed to have a clear vision. I did learn from him.

The vital thing is the “power of humanity.”

I felt lucky because children could be around the adults’ working place while, nowadays, the workspace is clearly divided from a person’s private life. Perhaps I believe that the information and stimuli that I had accumulated when I was young will bloom as the power of my mind grows as I mature.

The other day, I read the interview with an executive of an industry-leading company in the newspaper. They announced they would promote a work style reformation. No matter how much we utilize the latest state-of-art devices, nothing seems to work without the “power of humanity”. The staff should listen to the voice of the customer and picks it up to create a continuous cycle. It’s the matter, of course. We know that we need to do that as well. However, I am surprised that even a large corporation is saying that too.

Create my own work

I have always enjoyed trying new ways to arrange the things I like by observing how my parents did things. Those experiences would become the core of my business management skillset I have established. However, the younger generation doesn’t seem to have that mindset, and maybe they don’t know, aren’t good at it, or haven’t taken action yet. I don’t know why, though, we are working to see if they can change or not.

I believe that if all of us are proactive, as individuals, and take actions, our work will not be lost to AI. In other words, if we don’t think, AI will take over our work as long as we create new work by ourselves. Since AI is created, let the AI do what they can do, and we will do what AI can not do. That’s the way it should be. I think there are hurdles and things that must be learned for that purpose, but it is crucial to be able to take action with that in mind. Every day, I think about how we can achieve this.

I think we probably won’t awaken if not pushed to the limit. As for me, my parents didn’t have much time with me, so I had to entertain myself. I think my parents were not overly protective. I was able to grow up relatively unconstrained. They gave me time and space. That was it. They told me to do as I liked. Therefore, I had to think about what to do and how to do it.

Looking at young people today, I think the amount of data is massive, right now. That has given them a lot of knowledge. They have access to everything, more than everything…but that’s about it. If I had that much information with me, I would have tons of things that I want to do. Such as, if I combined this and that and that, it would be insanely better, or I can do some crazy new thing. I would end up being like that. But for them? They know every single thing… but it seems that they are satisfied with just that. Maybe?

Or, there is nothing to make better because they are already in this easy era or something like that. No inconveniences. Therefore, there are no ideas to improve or make things better. But I think, through the ages, our elders have been saying that our youth are no good, but we have been innovating continuously. So I am not saying that I’m the only acceptable case. Still, newcomers have been accepting a large amount of information. Once their data input is activated as a “power of humanity” it would be something, uncomparable with ours, incredible, I think. They have a massive pool of knowledge. If that information is connected and activated, it would be something unbelievable. Don’t you think?

The younger generation will find the history of tamaki niime and come up with new ideas. I think those ideas will be different than what I could come up with, and that would be fantastic. I am very excited to see it happen. 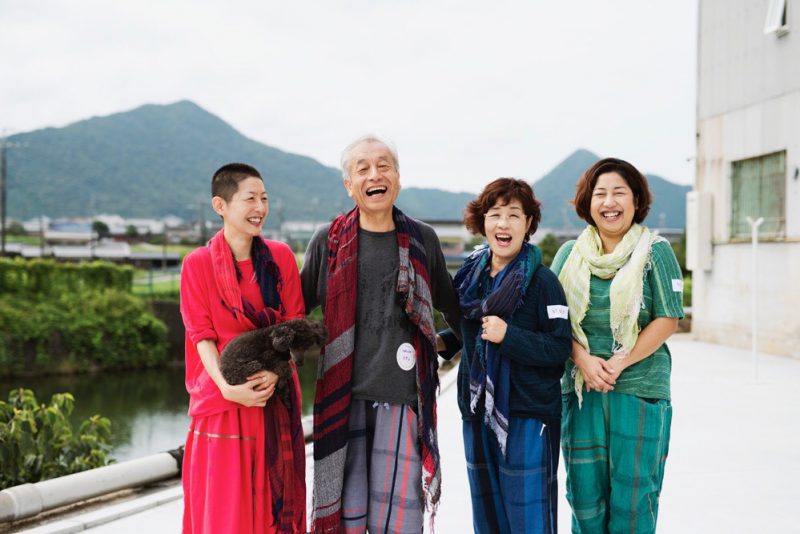