niime的 ゆく年くる年。
niime: a year’s end, and a new beginning 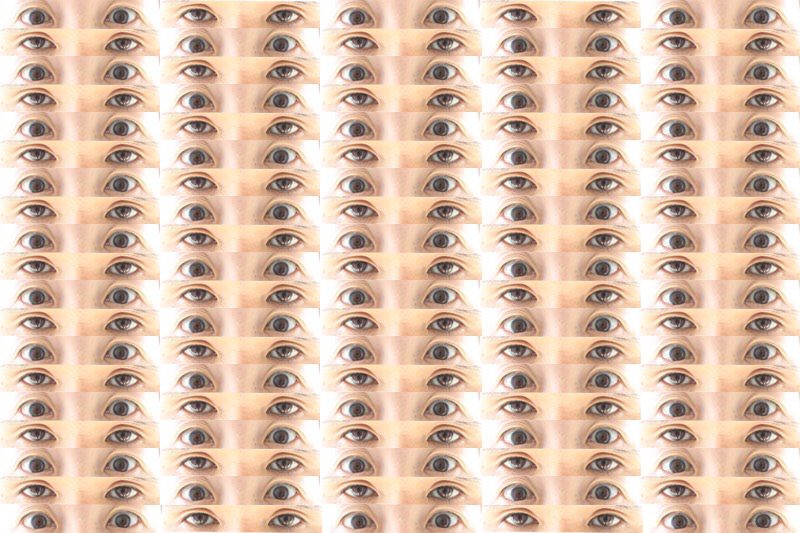 Since the 1st anniversary of the relocation “Hitotsu-kai”, there have already been signs since the event held in September last year. In 2018, tamaki niime incorporated their thoughts and ideas into a plan that worked parallel with the creative side and communicated with their customers. They started to hold various events to display from multiple angles. “From now on, we would like to deliver the heart and soul of our company.” Last fall, I heard this meaningful statement from Sakai. The real intention of the event “Okami to Hitsuji-kai” by Tamaki and Sakai in January, the relaxing summer festival “Futatsu-kai” held during the Obon period to commemorate the 2nd anniversary, and the collaboration to revitalize the production area of Kyushu is an exchange of views. A “Zakubaran-kai” discussion, by inviting the representative of “Unagi no Nedoko” in Yame City, Fukuoka, and cooking professionals* who come from all over Japan every Saturday and Sunday. “Haragoshirae-kai” where you can enjoy an earth-and-body-friendly lunch menu. “It’s important to convey our core values,” says Tamaki. Rather than loudly advocating a policy, the niime style wants to have people directly experience it through everyday creation and events on Holidays. The new project “tamaki niime’s New Year’s party” will be held from the beginning of 2019 and every year after that. Let’s start with that hot topic, which is currently in preparation now. —— There was another announcement on Facebook that came without warning. What kind of event is likely to be unique to tamaki niime?

Tamaki
Isn’t this the first time? We aren’t involved in this event.

Tamaki
We’re leaving everything to the staff. Well, last time, they came to check with us every so often, like ‘is this okay?’ or ‘is there any problem?’ and I told them ‘it shouldn’t be bad’ or ‘you should do this’. But I haven’t heard anything about this New Year’s party.

—— You haven’t heard about the specifics, have you?

Tamaki
I know from the progress report that the New Year’s party team talks to the staff. However, I haven’t been consulted so far. I thought they handled it.

Tamaki
I don’t know if they can make it to the end.

—— They’ve already announced the contents through SNS and social media.

Tamaki
I haven’t touched anything. Like, ‘oh, did you say a little on the way?’, ‘Stop for a moment, you guys’ That’s the only time.

Tamaki
In a situation where there is no one overlooking everything, each team must focus on themselves. Then the sense of unity is lost. When it became difficult to understand what they wanted to do, everyone reviewed the initial concept I talked about. After that, they were able to move forward, so I provided them with an “awareness.”

Tamaki
Rather than focusing on the content itself, in past events, they tended to be busy with other work and neglected to confirm the event’s progress. But this year, because the scheduling staff, I don’t have to worry about it.

—— Please tell me about the concept you have returned to.

Tamaki
This year, it is an ‘exciting creation’. With the staff’s suggestion, Mr Endo (Shinya), ‘exciting’ became an excellent keyword. What makes you excited, or what kind of excitement is essential? Then we are excited every day while making things, so let’s share that excitement with our customers! Let’s make it an event.

Tamaki
We always open the Lab to customers, but I wonder if it will be different than usual. I don’t know the details.

—— Even Ms Tamaki doesn’t know. Then you can enjoy it too.

Tamaki
Yes. I can enjoy it too. I’ll be the first customer. It’s fun! (laugh) We already had a participatory workshop called “Koshirae-kai,” where customers can enjoy hand made creations. It was something we can share with customers. We hope this is an opportunity to get to know the creative mindset of tamaki niime. Like, ‘oh, this is how a shawl is made!’ ‘watching’ and ‘doing’ is entirely different, you know. That’s why we’ve always opened the Lab and let them watch, and I think they’ve watched, but the purpose of this New Year’s party is to take it one step further and enjoy the creation.

—— Is the staff in agreement?

Tamaki
This time, everyone came up with ideas. They were asked to write down all the concepts on paper and turn them in. But Sakai and I didn’t. Our decision-making power is too big, so I thought it would be better not to join. If there aren’t many ideas, I would, but everyone came up with many exciting ideas. And they discussed the combination of ideas. That worked well.


Sakai
For example, have you heard of KidZania?

Sakai
They can be actors and actresses and experience a lot of things. After all, the staff do the same, and now there will be places for the customers too. When you buy clothes, you go to a place where items are prepared, with a staff presentation, and pick something. Tamaki expects the customer to go to the production place, choose the fabric, and get involved in the design.

—— To be involved in creation.

Sakai
That’s right. When it’s finished, you buy it, knowing you are part of the process. It is totally different from the traditional way of shopping.

—— It seems that it exceeds expectations.

Sakai
Yeah. I think there will be a new sustainable life beyond that. After all, there is a gap, so everything is divided.

—— Producers and consumers should not be separate but should interact.

Sakai
If that barrier disappears, the economy will definitely turn around, and that’s not about money, but people gain a more rich ‘insight’. As a result, you can be kind to the earth and people because you can relax.

Sakai
Also, until now, Tamaki and I have maintained the core part of tamaki niime by intervening, and we still are. But what we really want is where we don’t need to interfere any more.


Tamaki
Originally, I started because I wanted to do this, and decided to weave because I thought the best way was to do it myself. Then I thought it would be better to sew by myself, so I also incorporated sewing. That’s our history. I believe that all of the past judgments have come with Sakai and me, which helped us realize and build the current tamaki niime. If we believe this is good only for us, we should only do it as a last-ditch effort. Not just for ourselves, but for the earth and for future creation in Japan. We also want our customers to be happy. I started thinking about those issues and felt a sense of crisis because I realized that we shouldn’t finish, but pass it on. Why? I mean, we’ve had some experience through trial and error, but we have some kind of ambition that we should have. We did it not because someone told us. I still feel that the fact we did it by ourselves is significant. Then, when entrusting everything to the staff now, “preparation” seems overwhelmingly insufficient, so in the end, we shouldn’t interfere. There is this idea that we have to intervene and intervene, but if we continue, again and again, we will end up in a place where we have to…a dilemma.


Sakai
If you want to make it a sustainable or recycling-oriented system, it is essential to amplify the core of tamaki niime, and it is a mechanism that makes it bigger and bigger and spreads more and more. If we don’t, I don’t think we can achieve the sustainability that we envision. On the contrary, if we continue to intervene, it will not be kind to the earth. It’s just ego. That’s why I want to speak more and more about flexible efforts and styles. Is it contagious?


Tamaki
If there is no such sense or ambition in the first place, I think that the only thing left to do is to cultivate it through experience, so I will leave it to the staff, and even if they make mistakes, they will gain experience points. Even if someone like Sakai or I isn’t there if they can do the same thing as a team, it’s not about raising people who stand out alone, but they will help each other and learn. If we can create a team that supports each other, maybe no matter what kind of stuff comes in later, if they can continue to maintain that team, the organization could exist hundreds of years after I died. I think, for now. I don’t know. Isn’t everyday trial and error for us?

—— When you think that tamaki niime is ‘earth-friendly’ and that you will continue to pursue sustainable initiatives without imposing a burden on the earth, the organization and team called tamaki niime will inevitably continue in parallel. Is it something that must continue to exist?

Sakai
If you were to think this company called tamaki niime was tiny earth, and it was a microcosm of the planet, and if you couldn’t circulate in that, it’s impossible to bring an excellent circulation to the earth. You know?


Tamaki
We’re experimenting it. If we can succeed here, we can go for it all over the world.

—— With the microcosm of tamaki niime’s organization…

Sakai
And the macro aspect of global scale.


Tamaki
They are connected after all.

Tamaki
Creation came easily. I was very good at it because I had a conversation with myself and the creations.


Sakai
It’s straightforward for me to build a brand while considering the balance that Tamaki thinks. I’ve been watching her for a long time and know what kind of balance she likes. I know if she likes it or not, and I knew what she thought was new, so it was really easy for me.


Tamaki
It was easy because we didn’t need words there.

—— You could understand each other on a personal level without the need for a detailed explanation. The relationship is complete, and you could create and build a brand, but this is a much bigger movement.

Sakai
Yes. After all, our livelihood is creation, and everyone’s has some awareness of invention, if we can trace it to the origin, it might be our brains, and we have to sustain or polish it. If we can polish it, the cycle we think of, that we can make things that are incredibly sustainable and built in the future. That’s we’ve always talked about.

—— Therefore, you will need more and more creative ability in the future.

Sakai
After all, we came to this conclusion this year, and even though we can’t leave it now, it’s not so-called general corporate human resources education, but it helps everyone’s creativity more and more. I think we will focus on raising awareness or refining it next year.


Tamaki
When it comes to telling customers, we don’t scream to everyone about environmental or social issues but talk to each and every one of them. We also want to change society, which might be an excessive desire. However, I intuitively know that even if I shout ‘Please listen!’, I’ll be annoying to the listener.

—— It’s a way of simplifying, using our ingenuity, or a way that the message permeates.

Tamaki
From a familiar place in our lives, it was a shawl in our case, but if you could ‘notice’ it from there. Why is it softened like this? Why do we use soap instead of synthetic detergent? If you feel that kind of question and aim for the goal, improving the environment will be the result, I always think that it is important to convey. 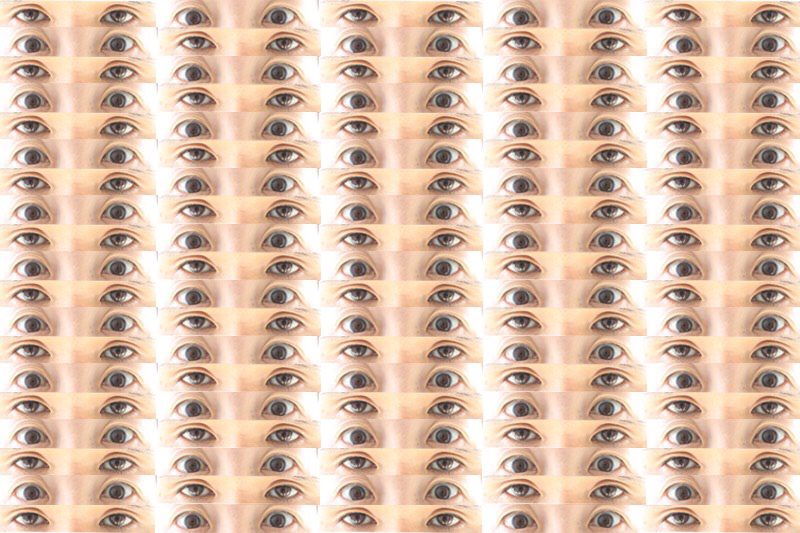