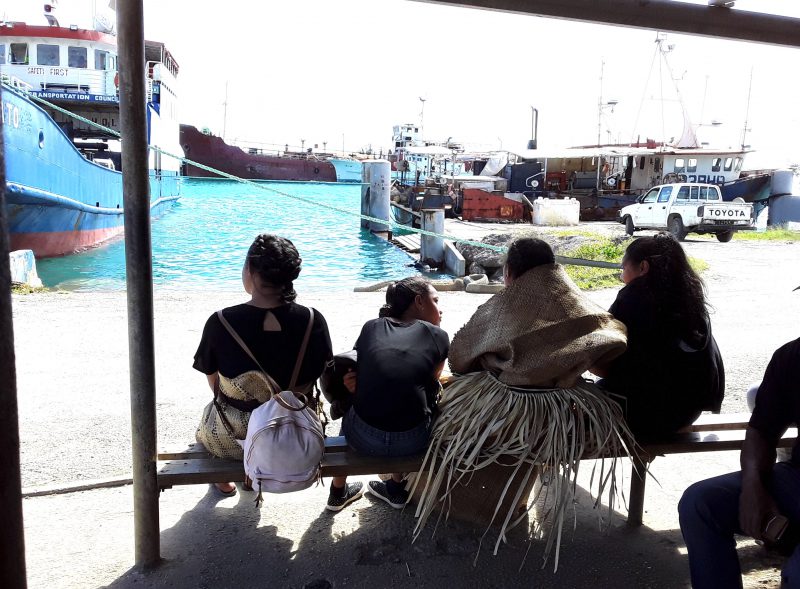 Hello, everyone !! Autumn is coming right now.
How are you doing?
Today’s story is about a funeral in Tonga because I happened to feel an idea that

“Oh I want to return to the earth as sand.
I want to disappear smoothly like sand when I die.”

I was thinking about that.
And then, I suddenly wonder what is really going on with our grave??
Are there full of family bones !?
Well, how do Tongan people manage their tombs as they bury??

More and more questions have arisen.

Obviously, each person has a hole in the burial.
I don’t think they will dig it up after many years, however, how many years will it take to get back to the soil after burial??
I have heard that Japanese might not rot even if we are buried because we eat too much processed food added preservation.
How about Tongan people ??
In any cases, I wonder the whole of Tonga will be covered with graves,,,

The question will be deeper because nobody knows,,,
This ,the ultimate unknowing world may be the post-mortem world!
While I described a little about the Tongan thinking about death in “#25 invisible world”,
it is very strict to be respectable for a deceased.

It takes a long time to say goodby to the deceased.

Many Tongan people have families who live in Australia or New Zealand, so that the body is frozen and stored as soon as someone dies.
It is mostly one week to wait for their family arrival and they hold a funeral.
From the night before the funeral to the next morning, visitors visit and kiss the body and say goodbye. During this time, two music groups take turns playing music all night.
After dawn, they walk making long long lines playing music to a church, and a bishop gives a prayer for the deceased. After praying , they go to the grave, wrap the body with Tapa ( refer #18 Mask, Felt, Tapa. What is a common point?) and bury it in the hole. Of course, during the whole period, the music never ceases.
By the way, music is one part of life for Tongan people. They always pray and chant before morning meetings or feasts.

After the funeral, the family gives packages including pork, beef, and chickens (sometimes plus sausage ) to the attendees.
While Tongan people don’t eat beef daily, they specially prepare for the people who came to pray.

It sounds like the method is different, but it is not much different from Japan and Tonga. Moreover, the funerals are under the church from Tongan king order and the churches control them in each area as Japanese temples do.
There is only one difference, cremation or burial.

However, from now on, here is Tongan original !!

When they lose their relatives, they wear black clothes and a special Taovala ( refer #4 Where will you go with favourite clothes ? ) every day for a one-year mourning period.

I don’t know the number of days will change, but other non-related people wear those styles for a few days. I was also told to bring at least one black clothes with me.
Hence, we often meet people who are wearing a black on any day.
Please try to imagine ! If Many Japanese were in morning black anywhere around,,,,

I’ve been told that way by a Tongan friend ,but they keep it.
They continue it .
In addition, women cut their hair very short when their father dies.
In another word, most women don’t cut it often unless their father dies. That is why many Tongan women tie up their very long hair.

Those attitudes that Tongan people keep their old costumes and traditions look very powerful and high-quality pride ,and also it looks just a tidiness for changing new things. Just in my viewpoint, but It is cool and cute.

Overall, Tongan people entrust all of the things to Jesus, like “ it was decided by Gad.”
I feel that they leave it to others or Jesus even if it is diseases or death.
That feeling tends to fail the strategies about NCDs( Non-Communicable Diseases) such as cancer or diabetes and makes them very lazy to go to hospital.
I could assume that they are stress-free because they have less resistance to illness or death and I want to say ‘No, it’s not God! Everyone can get healthy in their own lifestyle.’

I started to doubt the definition of the life span from Tonga mind or attitude.
Life expectancy in Tonga is 70.7 years. Life expectancy in Japan is 84.2 years.
I think that Tonga people have really fewer medical interventions compared to Japan.
For example, even though there are many diabetic patients in Tonga, they don’t use a dialysis facility. It will directly cause death if conditions are worse.
It is not only because of the lack of the medical care in a developing country or the economic capacity, but also because less intend to dialyse for about 10 years to survive.

The number of patients in Japan who treat with an artificial dialysis facility is 330,000.
If they don’t dialyse like Tongan people, the average life span might change.
Other illnesses are the same.
If we decide to live our life until just we can live by our own vitality like Tongans,,,,,

In Japan, where advanced medical care is already in place, it won’t happen like Tonga anymore, and I don’t think it is bad. However, when I heard the news that a baby born at 200g grew up well and was discharged from the hospital, both congratulations and fear were mixed in my heart.

What kind of medical care do you think is artificial manipulation of life ??