I wrote down a theme on each of the six cards which we would like to discuss, placed them face down and then lined them up on the table at random. Mrs Tamaki, Mr Sakai and I turned to flip it over one by one and made clear the meaning of each card picked. The three cards we chose were “Katsuyama”, “Homeland” and “North and South”. Coincidence or not, but the three had commonalities between them. We were excited to discuss Katsuyama in Fukui prefecture, which is the homeland of Tamaki and Sakai. We thought we were about to talk about searching for their origins, but their talk went quite different direction than expected.


Tamaki
North and South are cold and warm areas. Sakai’s roots are in Kochi.

Sakai
My father is from Kochi in Shikoku.

Tamaki
I see. That’s why he belongs to the south.

Sakai
But your mom is from Fukui, that means you should be northern.

Tamaki
But your personality is more south, right?

Sakai
Do you think so?

Tamaki
This is not related to our theme; however, I have been talking with Sakai how you learn a Japanese word and culture “mottainai” which means it’s a shame? Schools don’t teach that.

——It is hard to learn, isn’t it? They wouldn’t have an ethics class.

Tamaki
It is! (looking at Sakai) Kids don’t really get the meaning.

Tamaki
It depends on the situation. They feel ashamed about money.

Tamaki
But they don’t feel ashamed when they have leftover of rice because they can’t eat it all. I say to them, “Don’t you feel ashamed because farmers made so much effort to grow it?” There are hundreds of Gods in one piece of rice grain. By the way, which theme do you want to talk?

Sakai
Three of them have the same meanings in seeking our roots.

Tamaki
We have been talking about it recently.

Tamaki
After all, I am a representative, so I have to be a signpost. A few years ago, when we had a barbecue with our staff, I claimed that I am going to decide the direction of the future ‘tamaki niime’, and have studied it. I have learned yoga and started an experiment to be a vegan.

Tamaki
It has been about 2 or 3 years since.

Sakai
It’s been about 2 and a half years.

Tamaki
I’ve been confusing which is the way to go while I have been studying.

——Is that right, Mrs Tamaki?

Tamaki
What is it all about? Some people have completely opposite opinions. For instance, in some extreme arguments, people say money is good, and others say it is terrible, or spending is good or it is bad. Some say progress is good, but others say it is awful. The more I study, the more I read, and the more I get confused.

——-You are uncertain which answer is right.

Tamaki
It reminded me of a time when I was confused by learning how to farm. The farmers who practise ways of natural cultivation, organic cultivation and conventional farming insisted on their way. (laugh) After all, I wonder what is right?

——-I see. There are thousands of choices, and the right choice depends on the people.

Tamaki
I am taking a class for studying farming once a week now because I had such frustrating experiences. If you look objectively, it doesn’t matter who is right or wrong. I just pick the one I like, if they give me the information somewhat fairly.

Tamaki
So, I have learned and practised on my farm and almost decided on what way I should take.

——-You have come to get to know the way because you practised actual farming and got information.

Tamaki
You could say we have a similar situation on future ‘tamaki niime’ business. For example, in choosing to be a vegan, I picked the way because I thought it was good. We are influenced by information, and we may not make the right decision on what is right or not right. Because some data from the internet or books have their biases. That’s why the more information I had, the more I was confused. So, I wanted to talk about it, but nobody wanted to speak to me about it. (laugh)

——-From now on, shall we discuss the matter when you had such frustrations?

Tamaki
(looking at Sakai) You don’t want to accept this idea at this point, do you?

Sakai
I understand it.

Sakai
I don’t know, but I can listen to you.

——-You can listen to it but don’t want to follow along?

Tamaki
Is that right?

Tamaki
With a lot of information we have offered, people take those ideas as being good or bad, but I get to what I pick to be correct. I have been studying hard from Kunihiko Takeda, who clearly mentioned under his investigation and organized people’s opinions based on facts.

——What do you think about it, Mr Sakai?

Sakai
I haven’t read it at all.

Sakai
I just listen to it.

Sakai
It is not the correct term to say I am listening. I have been thinking about it.

Tamaki
The information about environment issues provided by the people are not always objectively correct.

Tamaki
For example, there are shadowy parts of the livestock industry. They used to be very poor and developed pesticides or produced other systems to increase their production. They did those things believing them right to survive in the past, but now they have made too much, and people buy and throw away excess production they made without any appreciation. People buy the things they don’t need and won’t put it in trash cans. How do I say? I feel it is terrible to have such dishonest cycles of consumption. I want them to quit it. However, it is not right to say that people who work on the livestock industry idly rear their livestock.

Tamaki
Watching Video, I have found some people gave severe criticism to the livestock industry. Those criticisms should be given to only a small portion of people. Many people who raise animals with love won’t get rewarded.

Sakai
They lump them all together.

Tamaki
As a result of having all the people put together, the kind people shouldn’t end up failing in their business. When there was an incident of Mad Cow disease, no customers came to BBQ restaurants. In fact, it caused unhappy circumstances for many people.

——-That’s the scary point of information.

Tamaki
We are easily influenced by information. We take our actions without trying to know the actual facts. And we end up……

Sakai
I went to eat BBQ at a BBQ restaurant when there were rumours of Mad Cow disease.

Tamaki
Yeah, you did. By the way, I don’t know how to say…….it is regrettable for that kind of happenings.

Sakai
I may be the type of person who is not influenced by that kind of rumours.

Sakai
You take such rumours seriously, don’t you?

Tamaki
Maybe you are indifferent.

Sakai
I am not indifferent, I don’t accept it. It is like “The secret of selfishness “or Son Goku’s ‘Ultra Instinct’.

Sakai
Despite Goku looks an ordinary person in his outlook, he is exceedingly powerful.

Tamaki
He evolved and came to understand completely. He is awesome. He aims at his ultimate spiritual vision.

Sakai
The author, Akira Toriyama, who has that kind of creativity is incredible, too.

Tamaki
Although I have been thinking about many paths, I have really come to understand that the things I believed at first are right. After all, the most important thing is the happiness you have in just in front of you. Whatever you receive, whatever types of farming you do, even if it is good for the environment or not, more than all these things, it is more critical to have creations for us to make us happy and have fun. (facing to Mr Sakai) I have reached that point, not just thinking about it in my head.

Sakai
It must connect to our roots or homeland. Weren’t we doing that when we were young? We were just doing, because of what we felt was fun.

Tamaki
I think I was trying to be cool. Because I got a brand name of ‘tamaki niime’ and it has become known even more around the world. That’s why I have such expectations in myself and so do our customers in what we are going to do. And in increasing more workers, we had to work with altogether in a big group, and we needed to have our goals as our secure road sign. So I wanted to make something absolutely right. That’s how I made the phrase “For our Earth”. “For our Earth” makes total sense to me, but it isn’t convincing to Mr Sakai.

———You must have been confused as to why he had said it like that.

Tamaki
I was angry. I didn’t want to know his opinions. He started saying that the phrase “For our Earth” let him down when I made that phrase.

Sakai
I am originally a contrarian. I lost my motivation when they asked me why I do it.

Sakai
I changed to go to another direction over time.

Sakai
I like the way that I happened to do good things.

——You like the way that you happen to find out that I must have been a good thing as a result, don’t you?

Sakai
Exactly, right! I want to feel like “Wow, I made it!”

Tamaki
………It was a huge thing. I am sorry for that.

Sakai
That’s why I understand “The selfish Ultra Instinct of Goku.”

Tamaki
See? Don’t you become upset? I was seriously worried about it.

———On the other hand, Mr Sakai doesn’t seem concerned.

Tamaki
What was all my time I had been worrying about?

Sakai
As a result, you have come to the original point at the end.

———-You have waited here in going ahead (laugh)

Tamaki
We always have the same pattern of “Rabbit and Turtle”. What was it all about?

Sakai
it is absolutely right.

Tamaki
Simply, you shouldn’t just end up saying things with one easy word, but I feel so clear now, I could go back to my original will and do it again.

Tamaki
I won’t worry about it by thinking logically on my head. 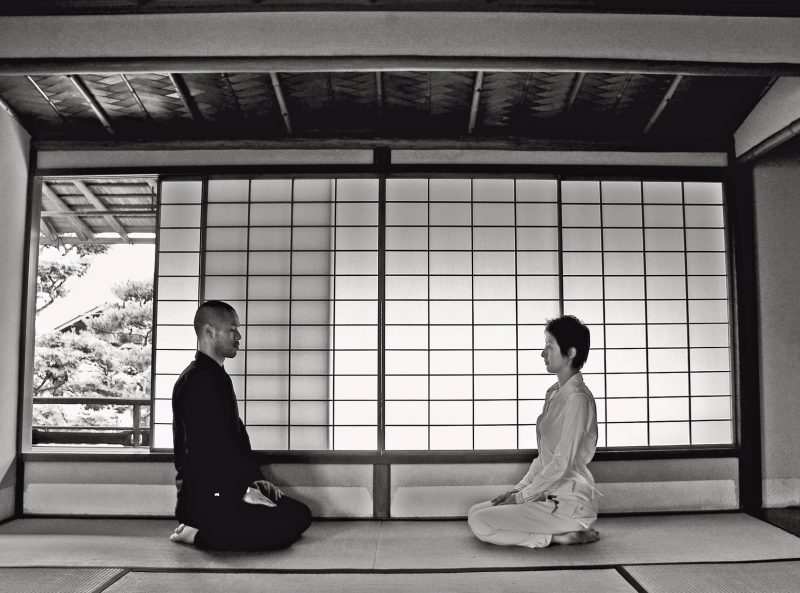