To create openly. That is one of the unshakable policies,’tamaki niime’ believes in. Not just showing her Lab through the glass window and guiding people around. By listening to Tamaki and Sakai’s talks, their desires and beliefs in the ‘tamaki niime’ organization have been likened an open and inviting breeze. At the same time, it is like flowing water which never stays in one place, changing its shapes and states gradually.

On this episode of the ‘niime encyclopedia’, Tamaki and Sakai will discuss “niime’s organizational belief”: and how transparency is most significant.

Sakai
Recently, we hear “open source” a lot. We should be more open like that. We need to open up more of the company’s organization and dedication. If we are not, it will develop into a gap.

Tamaki
I hate that kind of gap.

–As we have more information in our web-net society, the value of being natural and real is significant. As more and more we depend on virtual things, computer-based community, it is more than essential to put weight on being honest, telling the truth in the company’s attitude.

Sakai
The characteristics of a person or organization should be reflected suitably while sending out our messages. And the outside expression and the true meaning have to have consistency. If we sugarcoat it, everything could be a blur.

–The reason why you divided into teams by different jobs in the company in the first place is to grow staff individual talent for specialty and overall abilities while you are watching what they have, right?

Sakai
After all, it is a responsibility. Their awareness of why they belong to and lead their team would allow them to develop their trust. Or they would feel that it is the mission.

–Are you talking about each staff specialty or role?

Sakai
In each team, there is a leader. Leaders get together often and have meetings. I would rather have transparency between teams as they mingle together, not just doing their roles in the company.

Tamaki
When we are regrouping new teams, our staff also joined the consideration. By making groups, we, humans have group awareness to support each other, but it also makes them harder to communicate with other teams. “The Berlin Wall” is built up between the teams.

Tamaki
Yeah, even though we insist we should not have a barrier, and try keeping transparency between the Shop and Lab. I wonder why we still have a barrier. Each team belongs to the big circle of the ‘tamaki niime’ organization. I guess because we, humans have a habit of “gathering” unconsciously. I want each team to have a strong bond, and furthermore, each team cooperates and helps each other. It’s a shame if they cannot communicate well to deliver tasks between teams. How can we connect teams well? We made a group of leaders from each team discuss to decide matters. I think that helps to make it possible to share information and control the jobs. That’s why we decided to have those leaders’ meeting at a specific time each day.

Tamaki
It gives them a chance to discuss and help each other when they have difficulties. And not only that, but it also provides a place to discuss together how to coop within one stream, which is necessary for creation. When different teams do different jobs individually, they have more tendencies to do in their own ways in production or schedule management.

There was a time when the household-based industry was still the mainstream in the Banshu-ori production area; they did all of the processes together, such as dying, weaving and selling cloth. But, in the process of developing Banshu-ori industry, they divided the labours to increase efficiency in all industrial areas.

What ‘tamaki niime’ aims at is to review the division system and rebuild and modernize all systems of her company to run as smoothly as possible.

Tamaki
Originally, I was doing it with Sakai, just two of us, and then added some staff. Then we divided some of the tasks in our company. Each divided team dug into creating as they saw fit, but there isn’t much lateral communication in the company because they didn’t know what the others were doing.

–They needed to cooperate with each other, focusing on their jobs while knowing what the other teams were doing. They were not sharing because they were working on the same product.

Sakai
Until that point, each team was just a dot. Originally it was supposed to be a line and flow along with it. If it becomes a line and flows well, even if there is a problem in one section, they could stop during the next process. After they could solve the problem, eventually, the creations will have a high degree of perfection.

Tamaki
During the process for creation, I’d like all the staff to share information and consider it, I made a “結(ゆ)う”: “Yuu (to tie)” team.

In the organizational chart drawn on the whiteboard, which Tamaki has brought, each circled team surrounds the “結う(Yuu)” team that Tamaki and Sakai belong.

Tamaki
There are so many teams, aren’t they?

Tamaki
“ね (Ne)” means the root of the creations, and it includes “染 (dying)” and “織 (weaving) to be a team. The people who think up the idea of “縫製 (sewing) “and “編 (knitting) “belong to the “うむ(Umu)” team because it means creation.

Sakai
It is the design team, correct?

Tamaki
The team “くう(Kuu)”  is in the taberoom, and The team “まく(Maku)”  is in the field. By combining two of them, it makes the team “実る: Minoru (Bear fruit)”.

Tamaki
In sales, the team “よぶ(Yobu)” is directly managed stores, the team “でる(Deru)” is the department store, and the team “とぶ(Tobu)” is wholesale. The team “だす(Dasu)” is shipment. All products go to the shipment team to ship.

Tamaki
The team “えん(En)” is for a chance to meet people, and the team “わ(Wa)” is for the information system or web-net.

Tamaki
They belong to the team “開く (Hiraku) “. Instead of creating, they open access to our customers and communicate with them.

–The team “結う(Yuu)” is placed at the center of all these teams.

–Each team name is written in Japanese letters of Hiragana, not in Kanji: Chinese characters.

Tamaki
Why did we choose Hiragana? It’s because it is better than Katakana or Kanji.

Tamaki
Japanese Writing by Katakana may give you an impression of bitterness because of the pointy shape, but the shapes of Hiragana letters are soft and round, which may help to connect from person to person. I thought using a Kanji might be good to explain the meaning, but I prefer Hiragana to express teams’ jobs and actions, such as “うむ(Umu): Creation”, “でる(Deru): Shipping”, “よぶ(Yobu): sales. “

–Using Hiragana, classical Japanese, instead of using Kanji, may make us feel friendly and comfortable.

Tamaki
Recently, I read the book telling us that Japanese culture has to be a good world example. I understand that many foreign cultures such as one in China brought to Japan long ago, however, I wanted to express the unique Japanese cultures born in Japan such as sensitivity, softness or sensing the atmosphere, by symbolizing team names. From now on, I think it is essential to appeal more such unique Japanese culture to the world. At first, our staff didn’t quite understand; however, after a while, they got used to it.

–Those naming are innovative and easy to understand.

Tamaki
The team’s organization is often changed. With some reasons, leaders can be changed. I don’t mean that the leaders are the superior staff. Some people are not cut out for leadership.

–The leaders who join the team “結う(Yuu)” are not always leaders from each team. Is that correct?

Tamaki
No, they are not. We dare not go that way. Basically, we let people who make designs and create new ideas join the team “結う(Yuu)”. There is a person in the team “編 (knitting)”, who knows the vision of how our brand should be. It is wasteful only to share that vision with the team “編 (knitting) “, so it is important to have “織 (weaving) and “染 (dying)” join the discussion together to make them aware and lead to the brand. We provide the opportunity for sharing and telling for everyone. It may be ideal if they could share the information in their spare time individually; however, it is hard to have the time due to their busy schedule unless we provide such. Especially the team “結う(Yuu)” has been having many meetings in six months since we have started. There come out better systems more and more that we discuss the materials of information they bring back, and then they take them to their teams. I think everything gets better.

–We could say it is “niime’s organization” or organizational belief. It is interesting. It feels like a nice breeze in the air.

Tamaki
Each team members used to gather as a group; however, after we have made a change like that, they chat with different members. They became so close to each other. By doing so, their awareness has changed. I was surprised at what humans can do. It is hard to reach that goal of awareness in our daily lives, so everyone knows that everyone is a team member because we are busy getting it done daily. Therefore, we need to have habits of overlooking.

By removing barriers and making each team open for sharing information, they keep forward smoothly making projects as a large team of tamaki niime. And furthermore, their goal is to remove barriers with their customers.

Sakai
Diversity or transparency is discussed a lot nowadays; however, in reality, there aren’t such things in society. In making it see or open, if we compare with the world in general, we are much more open. If you want to see it, go ahead! But it is not good enough yet, so we have to improve more.

Tamaki
Right now, we are sharing information between teams on LINE WORKS. What we are aiming for is, if speaking extremely, opening that information on the net, as well. We are discussing if we need to hide how much we made today, or let me go home early because I have an emergency? Something like that.

–Wow! It has become an extreme talk. In reality, it will be more important to have “empathy”. How can we tell or show certainty in the society where the Internet is growing more uncertain information?

Tamaki
In that sense, the “Mittsu kai” takes off barriers between customers and the staff. Of course, we should have a humble attitude towards customers, because we can make our living due to them. I don’t mean that having a clear line between customers and us is right. What I want to say is, as standing over the comprehensive vision, we could make enjoyable space together as the same team of sharing the same time.

Sakai
It’s not only for outgoing our brand products but for us and all of the staff members. If it is not clear about what we are, we also get lost. By having more transparency we can have, as a result, build equal relationships, and it makes everything smooth. That’s most important. 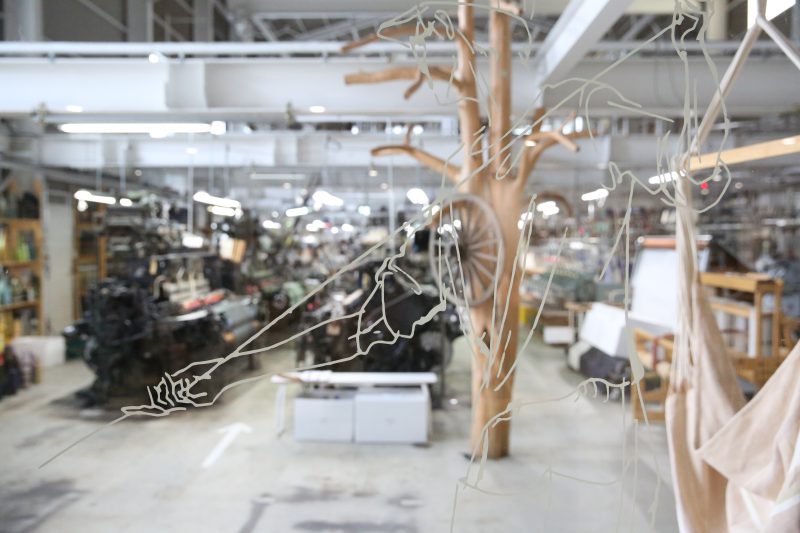