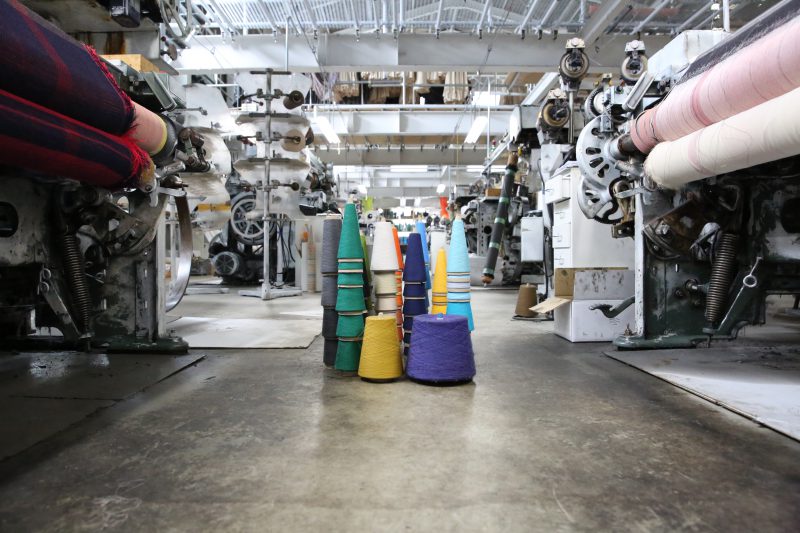 We’d like the people who visit our Shop & Lab not only to buy our works but also to have various experiences as creators. Furthermore, we’d like to grow as a community in this area through creation. This is the second part of the tamaki niime’s new trial “Koshirae kai” interview with Tamaki and one of her staff Fujimoto.

Fujimoto
“When I talked to the people who participated in the ‘Koshirae kai’, I realized some people hadn’t been to our Shop & Lab before. They live near here, but they didn’t have a chance to walk in. So I think it is a success as an event for this kind of case. It is significant for us that those people who walk into our shop and lab, feel the atmosphere of ‘tamaki niime’ and know the inside of the building and even to see our creative lab at the back of the shop. When I feel that it was zero before they come, but now, it may be one for them, it’s worth trying. I think that’s our agenda.”

– In the northern Harima area of Banshu-ori, people used to live the old country life and made things around them, like miso and soy sauce at home.

Tamaki
“It is self-sufficiency.”

– Facing products not only by purchasing but also by creating may change our attitude toward them and even our lifestyle.

Tamaki
“Our staff participates in the “Koshirae kai” because it is essential to activate the brain for creation. Also, to survive, we cannot grow up without doing it. In enabling our minds, we should try something new, something you haven’t learned before. Not just by reading books to gather information, I prefer using my hands and then start thinking. I think it makes sense, and I’m that type of person. There are a bunch of smartasses in the society who are all talk and no action. People can google almost anything, and anyone can get any kind of information. It is an era where we don’t have to say something we don’t know because we can google it right at that moment. All the more, I think ‘knowing’ and ‘doing’ are totally different. I would like more people to be ‘experienced’ people. “

– It’s not the way to use hands to hit the keyboard of a PC or smartphone, right?

Tamaki
“Since I still have lots of things I haven’t learned yet, I’d like to participate to have various experiences. I’ll get more inspiration from there to help my creation. Not by just being there and watching the creation of “Koshirae kai”, I think it is more interesting to make something in a casual manner to develop my own work. It has a connection and even spreads from there.”

As with the methodology of tamaki niime’s creation, which has placed itself and developed its brand in the middle of the production area of Banshu-ori, the food trial ‘Hara goshirae kai’ and this ‘Koshirae kai’ have their own unique style. That is, instead of leaving here, to invite a variety of food creators and lecturers from other places and to keep a good relationship in this area while having creative events.

I participated in the “Koshirae kai” that Fuyuki Shimazu was invited as a lecturer. He conducts workshops on making wallets and small items using such familiar cardboards. He has been collecting characteristic cardboards from various countries by broadening their knowledge while travelling around the world.

The enjoyment of creating our own original work from the discarded cardboard that has finished its role as a box. There were also surprises in which the “natural” sense of daily values changed.

Tamaki
“The cardboard creator explored the world looking for cardboard? Sounds crazy. (laugh) Yet, isn’t it exciting? He has experienced because he’s seen them. It’s nice that he actually been there by using his own feet. If everyone can explore the world to understand better, it would be fantastic; however, not so many people can do. So, I think it would be nice if this place becomes a base or centre, in a way, and talented experts get together to exchange various information and experience. “

– There was a cotton seed planting seminar in May.

Fujimoto
“Our staff was the instructor. Honestly, there weren’t many participants this time; however, I think creation is part of the strength of our company. So we would like more people to know more about our activities. We hope to continue the event.”

– Now you will have more opportunity to hold events when the cotton grows.

Fujimoto
“Yes. Harvesting, for example. I think people will have a better understanding of ‘tamaki niime’ afterwards. What was cotton made from? What is organic cotton? If, two out of ten participants get interested in those thoughts, for example, it is successful. Even if there aren’t many participants, we should call it a success if ‘Koshirae kai’ is a dense event to remain in their hearts and motivate them to let other people know. The creation in ‘Koshirae kai’ including our staff is the place where the creators are created. That’s how Sakai confirmed his comment as the significance of ‘Koshirae kai’.

Fujimoto
“It will be held on July 15; Marine Day. We are going to make sandals. We asked a company called ‘proef’, which produces shoes making kits in Osaka, to hold a workshop on making handmade sandals. Now that it’s summer, making sandals instead of shoes. Instead of using leather for shoes, we’re going to use chemical fibre.”

Tamaki
“And this time, ‘Mittsu kai’ will be held at the assembly event of ‘Koshirae kai’.”

– ‘Mittsu kai’; the ‘tamaki niime’ third anniversary of the relocation, which will be held in August, right?

Tamaki
“Before we started ‘Koshirae kai’, our staff used to hold somewhat creative workshops like hand weaving, making dolls etc., including ‘Shinnen kai’. Since we have started holding our ‘Koshirae kai’ regularly, which is not well known yet, we’d like more people to know about it through ‘Mittsu kai’. So we are planning to advertise so that more people will come. I cannot tell you who is coming as a lecturer yet.”

– Familiarizing “Koshirae kai” by doing it in “Mittsu kai”?

Tamaki
“I hope many people will come.”

Fujimoto
“We’re arranging it to make something enjoyable and advertising in and out of our prefecture.”

– I am looking forward to both.

Tamaki
“Our staff will have festival stands, and we asked other creators as well in “Mittsu kai”. ‘Futatsu kai’ last year had a pool, shaved ice… it was more like a summer holiday event. For this summer, we would like to focus more on ‘creation’ rather than hold the regular summer festival.”

A small seed of creation called ‘Koshirae kai’, which ‘tamaki niime’ has started planting this year. I wonder how the sprout appears from this tiny seed and root it, and then lithely grow? I’m looking forward to the future while enjoying the event at the same time. 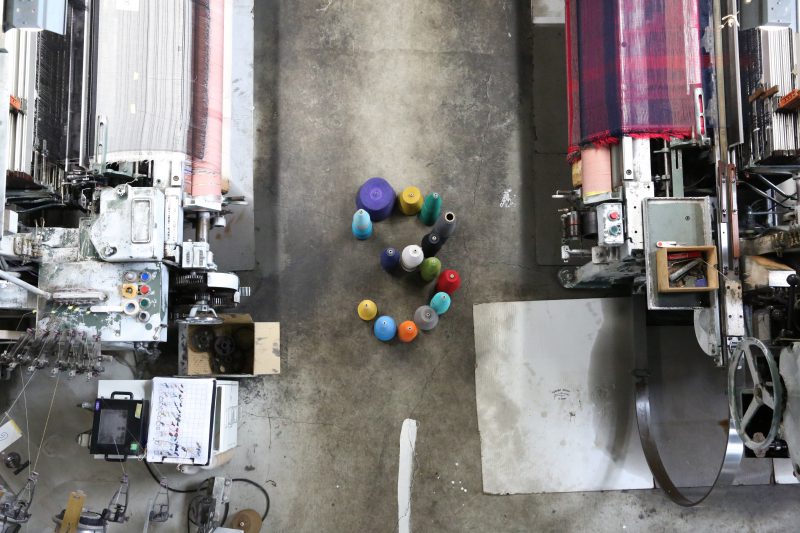